I had a very powerful dream last night.  First off, I went to bed kind of irritated because we went to a fellowship last night and the preacher was teaching a simple, watered down message, which was  usual, based on Matt. 11.  At the end, he said that only those with an Apostolic  ministry, specially anointed, could raise the dead.  I was very bothered by this and spoke out and said, “Matt. 24 and other places (Mark 16, Matt: 28, John 14:12, Luke 9:1) specifically states that ‘those who believe will do greater things than Jesus – cast out demons, heal the sick, raise the dead, etc.’  So, this is open to ALL who believe – we have been given all authority in heaven and earth, in the Name of Jesus to do so.”  He kind of stammered and said, “yes, that’s right, but I’ve never seen the dead being raised,” and I replied, “but I EXPECT to.”   Then William spoke up, because what he had said earlier about John the Baptist bothered him, and he said that Jesus said that we, who are in this dispensation (2000 years after Jesus) are greater in the Kingdom of Heaven than even he.  Anyway, he just closed the service, and I left rather irritated.   I totally believe, that we, who are called by His name, are His disciples, and we are to walk in total authority, just as Jesus did, to heal the sick, cast out demons, etc. and etc. 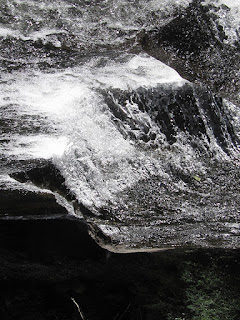 Anyway, so that irritation went into my sleep.  God gave me a dream – a very vivid one:

I was in a city, in the lowlands with a group of people.  I looked to the mountains and along this ridge that was shaped high on either side, but downward, like a bowl, in the middle.  I could see momentum building, like water in a bowl being sloshed back and forth, building until it would spill over.  Everyone around me panicked as the water sloshed over the ridge, flowing in great waves toward the lowlands, to flood it.  The people all rushed to get to the higher ground.  I found myself in a huddle, this group of panicked people, seemingly leaderless, arguing amongst each other as to where to go and how to get there.  I noticed that I was irritated with them for being clueless, but flowed with the group.  Water was rushing around taking people out as we scrambled for higher ground, going through wreckage, around freaking out people not a part of our group, going through wrecked buildings in order to get higher, on wrecked streets, dodging cars, etc.  At one time we all got into this huge RV, crowded in, one person driving frantically, trying to dodge all the wreckage; then we wrecked the RV, going into a ditch we couldn’t get out.  Everyone fled out of the RV, again as a panicked huddle, trying to get to higher ground.  By this time, this guy and his wife connected to me, as I tried to get away from the huddle, trying to find my own path way, at the same time I was very irritated with the group and at these two people trying to attach to me.  His wife was swept away and he just looked at me and said, “thats ok, I didn’t like her anyway, I like you better, I’m just going to stick with you.”  That made me even more irritated as I tried to find away to get away from all those people.  Chaos was all about and I found this house I went into, that was dark, cluttered with damage, and like a maze, I had to make my way through, with this guy trailing me.  I finally lost the other people, that seemed to be holding me back.  It took quite a bit of time to find my way through this dark house, but at the other end, I saw like a patio, sliding glass door that went out onto a landing or a porch right beside a rushing river.  I got out and started going upward and somehow lost the guy.  I was glad and kept going upward.  I got to a ‘diaper house’ – that the only way I could describe it, a business that sold diapers.  I wandered in there and found William.  I was more irritated with him for being missing all this time, rather that glad to see him, even though at the same time I was glad to see him.  We wandered around in this store for a few minutes and found a corner that had backpacks and strollers filled with sleeping bags.  I made a beeline for them and told William to grab that large sleeping bag out of the stroller and take the child-sized one out of the backpack and replace it with the larger one, while at the same time I grabbed another backpack already filled with a large sleeping bag.  I looked to my left, where a blond-haired lady was standing over a cash register, taking care of the accounts.  She, in a distracted way, looked at me and said to take whatever we needed, pointed to a wooded area and said we needed to go camp in there tonight, and she went back to her accounts.  I sensed that she was an angel.  I also sensed that she was taking care of the accounts, because like during disasters, this place would be raided and stripped clean when darkness came.  After I was done with putting on the backpack, I turned behind me and found a fully-stocked kitchen.  I went in to get a set of silverware and some canned food for both William and I, but was distracted because I kept thinking and wanting to grab the other things I thought we would need, like a pot, bagged food, etc., but William yelled at me to hurry up, that we needed to get going.  So we only left with the backpacks, silverware, can opener, and canned food – “not enough”, I thought to myself, “but it will have to do.  God will provide the rest.”  We headed to the wooded area and I looked up behind it – there stood in great height, a huge, craggy mountain peak I knew we had to climb.  I then woke up. 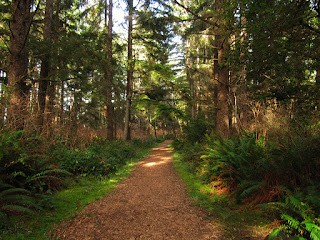 I got up early this morning and started to read the Word, I was in the book of Genesis, reading about Abraham, when William came in.  He said that God spoke to him again last night, he told me what it was and then we listened to a talk-radio show with an interview discussing the prophecies with and by Mark Taylor.  He got to a certain spot in the interview and what he spoke caused me to remember the dream I had just had.  I described it to William, who gave me the interpretation:

The water represents the move of the Holy Spirit at this coming hour.  The valley is the place God’s people have settled in mediocrity of religion.  The Spirit is trying to get them on higher ground (Eph. 2:6).  As God brings revival and change to the church, people panic due to traditions they cling to.  Sometimes, it can be frustrating, as Christ was (Matt. 8:10, 26,16:8, Mark 4:40, etc.)due to lack of faith to God’s Word.    The huddle of people represented the state of the current church, adrift, in fear without true and Spirit-led leadership. The RV represents God’s people climbing on board a ministry, not knowing where it is going or following men rather than His Holy Spirit.  And sometimes, people fall away as the Spirit calls for them to give their lives away.  But beware of the motives as to why people follow after you.  Sometimes the people God gives us to minister to, we would rather He not give us.  The house represents the dark maze of lies that come from even fellowships and the evil one that keeps us locked in, and the ability to see the light and get to the river of life flowing from the Spirit.  The man and woman represents those who fall away and those who get lost in the maze of ‘church’, the maze of denominalization and doctrine.   The patio represents a place of rest in the light of God, where the river flows.  Then you begin to go up into higher ground which is the presence of God.  The diaper house represents the gospel given to the lost child called by God.  It is there doing God’s will, doing His kingdom work where God really provides: faith, love, wisdom, worldly needs, etc.  Unfortunately, fellowships are mostly clubhouses of saints waiting to slide into heaven with cost; they are broken up into denominations, divided, with people looking for human, soulish food.  The format of the proper fellowship should be:  a class for growth, real food, not just milk, followed by a sermon that manifests the power of God, a service full of healings and wonders (Mark 16:17, 20) William being there represents the place where I met him witnessing in the streets years ago.  At that time, I was frustrated as to why it took so long to find him and to finally get the simplicity of what Christianity really is.  Note, I was exchanging child-like Christian understanding for maturity, only when serving God.  The blond is an angel who is keeping the accounts, keeps the record of the Book of Remembrance.   While doing God’s will, he will keep you and guide you to safe pastures, the trees and shelter/shadow of the Almighty.  The camp is where we rest in His presence, where we stay in the simplicity of what the Gospel represents.  We stay under the wings of the Almighty, to fall at His feet in awe and reverence.   We know with all assurance He will get us to the high places in His power.  The kitchen represents the supplies, spiritually and physical, that God will give as needed (Matt. 6:30, 7:7), never wait until you have what you think you need before serving God, just GO! (Matt. 6:33).  The can opener represents the keys to the Kingdom of Heaven.  Once you get on the right track of doing His will, God will take you to higher ground (hinds feed in high places (2nd Sam.22:34), to the very heavens where God awaits for us – home! 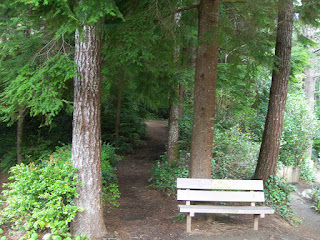 Email ThisBlogThis!Share to TwitterShare to FacebookShare to Pinterest
Labels: vision