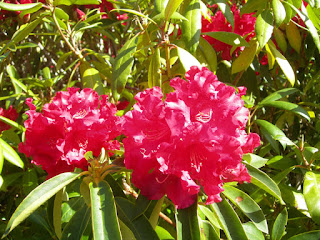 We took a few days after the lighthouse to rest and camp at Bastendorff beach.  William’s daughter and grandkids came up for a few days as well.  After a few days of that, we had planned to go back to Crescent City for the month of April, leaving on Fri. the 8th; however, as we set out, the RV was running down the road with no problem one minute, then just quit the next … no warning, no reason we could figure (except maybe not getting fuel?) and we ended up on the side of the road for quite some time trying to figure it out.  We ended up starting it and went back to Coquille and prayed about what we should do.  God said to stay in Coquille.  We realized we didn’t fully understand God’s intent when a few months ago we thought we were to go to Crescent City for 2 months.  What God said a few months ago was that we were to have our month of March there and then “spend more time in Crescent City helping at the mission and doing street ministry.”  We took that to mean we were to spend 2 months there, which is what we told everyone.  When we sat there in Coquille re-evaluating what we were to do, we realized God didn’t necessarily mean we were to stay another month, but rather, to go to Crescent City at various times throughout the year (thus, spending more time) there for a few days to a week or so.  I kind of felt bad because I had been telling everyone we were coming back to work with them all, plus I enjoy that kind of work.   I felt real bad because William had told Mike (at Our Daily Bread) he would paint his kitchen for him – now he won’t be able to do so. 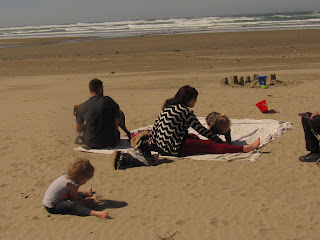 We’ve been having some great study/bible/talking time lately – lots of great insights into many different things, especially the end days we are in, what we will be doing (seminars and talks about Creationism vs Evolution, prophecies coming to pass, etc.) from town to town, etc.   We found an awesome video by Ken Wyatt about finding the Ark of the Covenant, Noah’s Ark, etc.

William is an incredible hard-worker.  Elizabeth had asked us back this year to 'flip' Ken's old house (he's doing great in the nursing home), and get it ready by the end of summer.  We park for free on the property and William does the work (at a very reduced pay).  He is such a servant of Jesus, that he almost gives his work away!  He has already replaced the roof (only half) and is already texturing and painting the kitchen. 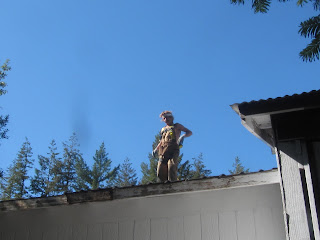 I, in the mean time, have been doing my art and gardening.  My garden at the community gardens is doing great – I’ve been eating a lot of lettuce, spinach, and collards out of it – I’ve even gotten the meat market lady to barter with me – she’ll take some of my greens in exchange for meat!  Cool.  I had planted a bunch of herbs in a big planter box in front of the house here, but only the cilantro has come up.  I’ve found several wooden boxes and containers around the house, so I’ve planted tomatoes, peppers, and flowers in them and put them around the RV.  In the end, I’ll have a lot of produce to barter with, can, and eat.

I’ve been putting the jewelry (I turned the little house into my art studio and storage) I’ve been making into the farmers market (there’s a consignment table so I don’t have to stay all day) AND I’ve made arrangements to do the same at the weekly flea market at the community center.  I’ll be creating other things for these, as well.

Even though we are stationary and working, we still find time to minister to others.  One day a couple weeks ago, Joe (another dedicated circuit rider) stopped by for a visit.  It had been at least 5 years since we’ve seen him.  He had picked up a couple girls who were hitchhiking and they were all headed to Albany.  They spent the evening/next morning with us (the girls slept on the floor of the house and Joe in his car).  That was a God encounter all the way.

Joe normally drives his RV and tows his car, goes from place to place preaching, and has been doing this for years.  Recently; though, he left his RV in Washington somewhere, drove his car to CA to see his father, then on his way back up to Washington found these homeless girls in a troublesome spot in Klamath, CA.  He basically ‘rescued’ them and agreed to take them to Albany, where they had a job waiting for them.  Joe has these bible verses all over his car and as the girls tell it, it was scary but it felt right to get in the car with him.  Of course, Joe preaches all the way.  So they get to Coquille and we hang out for the evening.  As it turns out, these girls are in their late teens/early 20s, both having been raised Christian; however, as many do, turned away from their upbringing due to the hypocrisy they saw in the church and their own families.  Like I always tell people, look to God, not to people, because people will ALWAYS fail you.  Anyway, the father of one of the girls was a pastor and ‘fell’ from grace about 10 years ago, and she had a great bitterness toward him for ‘destroying’ her family.  The other girl held a great deal of bitterness toward her mother due to her life-style choices.  Both girls were on a journey to ‘find’ themselves.  Then they meet up with Joe and us - we basically tag-teamed with Joe and really ministered to these girls all evening and into the next morning.  Before they left, we all prayed together and they hugged us (multiple times between the eve/morn) – them initiating it.  I guess we really made a difference to them.

Email ThisBlogThis!Share to TwitterShare to FacebookShare to Pinterest
Labels: Coquille